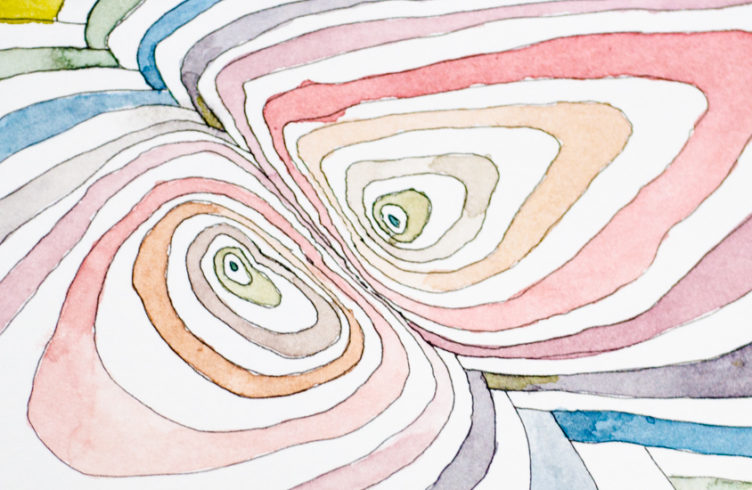 Recordings from the Secrets Hotline with original music and production by George Langford. Find more of George’s work at georgelangford.com and instagram.com/actualmagic

Special thanks to H.W. MacDonald. Cover art by Marta Finkelstein.

Caller 1: The secret I want to reveal is, I smoke a ridiculous amount of marijuana and for years went to church high as a (beep) kite.

Caller 2: My big secret is that I’ve been offering to cook food for my roommates, but whenever they’re not looking, I cut my fingernails, I clip them. And I drop the fingernail clippings in their food.

Caller 3: This is a message from anonymous. My secret is, if you can hear me, my secret is that a very long time ago. I was dating a woman who was 20 years older than me. And we dated for about, for a while. And then a year later, I slept with her son. And, if I tell you anything more. She’s kind of famous and he’s kind of famous. But I can’t tell you anything else. But I don’t think they ever found out. Well the son knew, but the mom didn’t. And I’ve always felt really gross about it. But it was also really hot. Anyway, that’s my secret.

Caller 4:
Hi. I’m. And My secret is that I’m head over heels in love with an actor. And his name is Thomas Sadoski. He plays Don Keefer in the HBO show, The Newsroom. Kind of obsessed with that show and I’ve never met him, but I have had four very profound dreams, about him. Not sex or anything. Just love and I’m in love with him.

Caller 5: Last week, there was one day when I left work. I never do this, but on a whim, I decided to go to the adult entertainment store, where they have viewing booths. I go in and I put a dollar in and I’m watching some stuff. A video comes on with something really hairy and that’s an animal. It was that thing, change the channel right away. I’m not even sure what kind of animal it was, I think a sheep? I turned it to the next channel. And worried about the next thing going after that. There’s a guy with cow or something and I flip again and I see one with the dog. And again, and there’s a moose. And I just got out of there. And if you don’t broadcast this or if you do, make it anonymous. Disguise my voice. I…

Caller 7: Hey, my name is. Keep it anonymous if possible. One time, touring musician, one time in France. I got little drunk after a show, where we opened up the Jimmy Cliff. And thinking I was at my band member’s room, I kicked open the door and started screaming at Jimmy Cliff in French. Who then sat up in bed and immediately started chasing me around the hotel where I wound up ducking into a shower and hiding there until I was sure the coast was clear. It’s good to have it off my chest. So a little more of a postscript to the story. It’s about four years after that, I played a show in Rose land, like a charity show and he was in the audience. And I swear to God, he was staring at me down the whole time. I don’t think he knew it was me, but a little funny postscript. Okay, thanks.

Caller 8: Yes. I’d like to leave an anonymous message for Love + Radio. I live in the Midwest and I have three kids. I am a soccer mom, but it’s not soccer, my kid plays another sport. But anyway. There is a secret about me that no one in my life knows, except for one person that actually worked with me back when I was working a particular job that no one knows that I had.

Between the years of 2004 and 2005, I worked as an escort. No one knows this. And I’m married now. And not even my husband knows that I was an escort, and it bothers me a lot. And I have never been able to share this experience with anyone and the fear of being judged, especially in the town I live in. Everyone knows everyone. So it would most likely get back to everyone I know, including my parents. Even though I am in my later thirties, I look quite young and back then I looked like a teenager. So it worked in my favor and, so it feels good to be able to say it to people that don’t know me.

And that hopefully aren’t judging me. And if anybody else is hearing this on the podcast, you shouldn’t judge people for their past decisions. Because at the time I was a single mom and it was really easy money and it freed me up to spend lots of time with my kids. And as I said, nobody else knew what I was doing, because I just said I did internet work. Yeah. A little more personal than internet work. But, anyway. Love to show guys, keep up the good work. Hopefully my secret is secretive enough for you. Have a wonderful day.

Caller 9: Hi, I’m. I want to be anonymous. When I was 10 years old, I was driving a golf cart. And I was with friends and I backed up into a car and drove away, with a golf cart and I never told anybody.

Caller 10: One time, I actually stole from a vending machine when no one was looking. I know, Ooh scary. But kind of on contrary to my nature. I’m not a really, law breaking person, but sometimes my mind can go into very and very dark spots. Let’s say that. I mean, kind of normal for 18 year old, right? I don’t know. All right. Well, that’s it. And if you could keep me anonymous on this one. Thanks.

Caller 11: Hi, I wanted to leave a secret and I’m not going to read my name. I just wanted to say, that I think I might be in love with my boyfriend of three years’ best friend.

Caller 13: Hi, I’m here to tell you my secret. It’s something I’ve carried for a few years and it currently haunts me almost every day. My grandpa was dying. He was a wonderful person. He loved me with everything he had and I went to my mom’s house, where he was living at my mom and my dad’s house. And I went into the room, where he was dying. And I sat with my mom and I was there with my grandma, who had just awful, awful dementia. So, she wasn’t very there and she was looking down at my grandpa, he was dying. And it took hours, we were very in and out of the room, in and out the room. At one point, my grandma and my mom went to the kitchen. Maybe to make food. I’m not sure it was very hard for my mom. And I went to follow. I looked back my grandpa, who hadn’t moved all day and he had both of his arms outstretched, trying to find us. He couldn’t find us. And he was reaching for those arms just when, he went away.

And I looked at him and I don’t know, for the life of me, what was more important than going back to him, but I didn’t. And I just left the room and he died shortly after. And that was it. I’ll never forgive myself. Thank you.

Caller 15: Hi, this is Chelsea and I have a secret. So, I used to date this successful man. He exuded this really powerful, seductive vibe and we had very passionate sex. But when he would come, he reminded me of the abominable snowman. His eyes would roll into the back of his head and he would let out this guttural, horrible moan. And it just, it ruined it for me. And I broke up with him. And he never knew why. He never figured it out.

Caller 16: I do want to be anonymous. I’m a 27 year old woman and I have a fetish for watching women give birth, that I’ve had since I was a little girl. It’s called maiesiophilia. And I like to watch Lamaze instruction videos, and YouTube videos of women giving birth and jerk off to them. And I’ve never told anybody, this is the first time I’ve ever said it to anyone. So I hope that’s, that’s probably not something you want to put on the radio, but I appreciate it. I appreciate being able to say it at least. Have a nice day.

Caller 17: I don’t know what this says, I saw this on Love + Radio and it says, “Tell me your secret”. I was going to tell a juicy one, but I don’t really know what I’m leaving this on, so I guess I won’t.

Caller 18: Hi, I’m an anonymous person. I’ve been listening to your podcast a lot. And I got to tell you, I keep listening to it and it keeps pissing me off. And I don’t mean to sound like some guy who’s calling up and just complaining about things. But I’ll listen to a great episode, but then it’ll be undercut by some, jiggery pokery that obviously someone there thinks is interesting. But really kind of detracts from the human element of really the best quality of the stories that you do. And I just, now I was doing something and I was playing the podcast and I thought, “You know, who these people figure they’re doing this for?” Cause it’s not me. You know, it’s not the listener. It wasn’t intended for someone in their late thirties, I’ll tell you that. You guys seem like you’re capable of doing really good radio. So why don’t you just do good radio? I’m so close to just deleting my subscription to this podcast, because of the bullshit. And I feel like you can do better. So I heard the number and I called. Good luck.