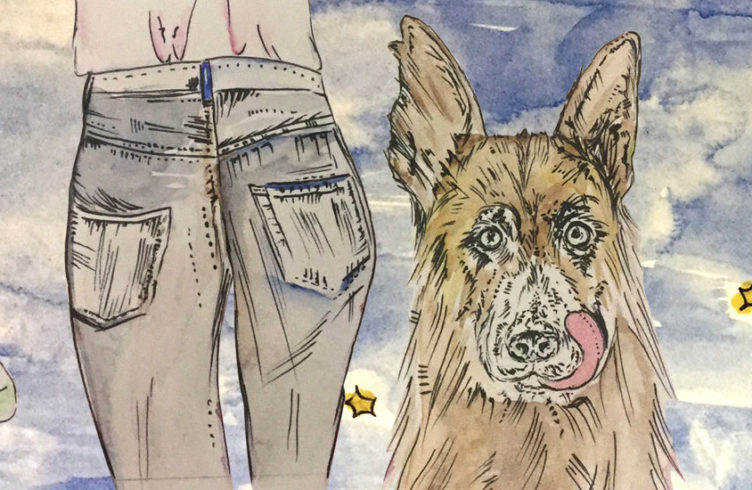 Featuring an original score from Build Buildings. Listen to the secret-free version on Bandcamp.

Be sure to check out Build Buildings’ new EP being released by Audiobulb Records on January 10, 2018!

Caller 1: Hi, this is XXX. When I first started being a costume designer, I got a great job doing costumes for a big show that was a part of a pizza restaurant. Part of their attractions, kind of like a live-action, Chuck E. Cheese. They didn’t pay me though. And I sent them all kinds of bills and I really needed the money. So I snuck in during the day, while the pizza restaurant was open, but the show was not going on, and I sabotage each costume. So it would fall apart during the next show. These were big, fanciful costumes. The elf, the wizard, that sort of thing. Their heads fell off. They fell to pieces. And so it wrecked one show, but I got a call right away and said, “Can you come fix the costumes?” I said, “Sure. Do you have my check?” That fixed everything.

Caller 2: Hi. So tonight I ate an entire pint of chocolate peanut butter ice cream and it was delicious. And it took probably only 10 minutes or so for me to do that. But, the reason this was such a scandal is because I have a PhD in nutrition. I’m currently a scientist studying obesity and type 2 diabetes. So, who would I be able to share this secret with? So, thanks for listening. Bye.

Caller 3: When I was, I think maybe around seven, I was at my parent’s friend’s house. They were church people. We were very part of the church and I don’t have a violent bone in my body. But they had a baby and she was in the chair and I went over to her. No one was around and, again, I’m not a violent person, but for whatever reason, I took my hand and I put it on her head and I squeezed. And she started to cry and, from there, I don’t really remember. I think I left. I think I just ran away. But, yes, I squeezed a baby’s head. That is my secret.

Hi there. I called actually a couple… I think it was a couple of weeks ago. I was the one who squeezed a baby’s head. And there’s just another part of the secret, I guess that I almost said, and I didn’t. But that’s the point of this, I guess, right? It’s just to get it all out. So I don’t know for sure. And I just still to this day have never asked if anything was wrong with her. But I just remember seeing her in church and she looked like she was developmentally, mentally behind, I guess? To this day, don’t know if that is a thing or she’s just a normal child. Or if I did something to her. I don’t know. I hope she’s okay.

Caller 4: Hello. This is a secret. Let’s say my name is Travis. I drive a train for a living and that’s not the secret. I asked several coworkers who have killed people, whether it’s suicide or mostly suicide, sometimes people just not paying attention. I have yet to have that happen to me. And my secret is, I kind of fantasize about that. That is all.

Caller 5: I urinate in bathrooms sinks. If I’m a guest in your house, I will pee in your sink. If I use a single occupancy restroom in public, I use the sink there too. The problem with toilets is the urine stream travels about two feet from a standing man’s penis to the toilet, which splashes urine and toilet water everywhere. With the sink, on the other hand, urine only travels a few inches. Leave the water running, and you’ll be amazed by how little splash back, if any, occurs. I always conclude my bathroom visit with a toilet flush lest anyone become suspicious. That is my filthy little secret. My friends who listen to Love and Radio have had their sinks peed in by me and they’ll never know. Ha ha.

Caller 6: So, back when I was 13 or 14, I think it was at a time when one of those cheeky movies like EuroTrip or some shit was out. And there was a part where they talked about putting peanut butter on your balls and having your dog lick it off. And yeah, I tried that. I didn’t put it on my balls though. I put it on my dick and went out back and went to have my dog lick it off. But instead of licking it, he took a bite at my dick. I don’t know. I don’t think I’ve ever told anybody that. Just because it’s one of those things. I’m sure a bunch of kids my age were trying that.

Caller 7: Hi, my name is Gwen and I don’t care if you use my name on here. My secret is that when I was 10 years old, I went to day camp and I just kept looking at everyone’s butts. All of the counselors and all the other kids and thinking about how strange it is that everyone poops. And do they also go around thinking about it and looking at everyone’s butts and feeling strange about themselves? It’s not the best secret. But… I don’t know. I feel like all my other secrets are just so big.

Caller 8: Hello. This is difficult. I am 37 years old. I’m European, I have cancer. I have maybe 9 to 13 months to live. I have a baby girl. She is four years old. My secret is that her father is a very familiar actor from America. And we have a legal deal, so to speak, that I’m not to tell anyone who he is because he has a family. But I have a letter to my daughter telling her who her father is. Even my family… I have not told my family who he is, but I feel like she needs to know. So, that is my secret. That I am going to tell her who her father is. And that’s it. Thank you.

Caller 9: Two years ago, my best friend died very tragically. She was hit by a car sitting outside of an establishment and an erratic driver hopped the curb. And she was supposed to be completely fine. But, laying in the hospital bed for two days, exacerbated by the doctors not fixing her broken pelvis, led to a fat embolism and her organs shut down. And she died.

And I was sitting beside her bed and I watched her die very slowly. And I feel so responsible for her death because I was the only one there really paying attention. And I feel like she died because of me. She left behind children and a husband. She was very young. She shouldn’t have died and I feel like, had I not been there, things may have been different. Instead of being her advocate, I had just accepted and she died because of it. And that’s my secret. Thanks.

Caller 10: Wow, this feels so much more intimate than I imagined. My name’s Patrick. I don’t care if you use my name because this is probably a desperate cry out for what I’m about to say. I am still completely and utterly in love with my very abusive ex-boyfriend. And I think about him constantly even though it’s been two years since leaving him. I never think I’ll feel happiness in life again. I guess that’s it. Bye.

Caller 11: Hi, I’m calling to leave a secret. I’m a woman in her early forties who lives in the South and I have three grown kids. And I’ve been in an abusive marriage for the past seven years. And the secret is that I unexpectedly got a small settlement of back child support that he doesn’t know about. And so I bought a house in New York and I’m leaving this summer.

Caller 13: Hi, this is Stephanie and I have a secret. I’m a 42 year old soccer mom with a profession and my husband has a profession and we have a really awesome sex life. We have sex every day, at least. But the secret is, not the secret to our sex lie, it’s awesome no matter what, but, what we started doing a few months ago is, every few months we hire a really high end, beautiful woman to meet us at a hotel and just have some fun with us. We don’t feel like we need it, but it’s something we look forward to doing and we chat together about, that’s it. That’s my secret.

Caller 14: Hi. I’m calling because I have a confession. I’ve never told anyone, not even anonymously. And that’s that I’m attracted to farting. I have a fart fetish. Jesus. Yeah.

Caller 15: Hey. I’m calling to tell somebody in this world that, despite being a straight white, cis… I guess white doesn’t matter, straight man. I am obsessed with the aesthetics of homosexual culture.

Caller 16: So my name is Eric. And that’s totally fine if you tell people that. And I’m a 17 year-old guy. And I’m a secret witch. And nobody in my life knows that. And right now, I’m experiencing some pretty weird guilt about if I’ve influenced people with my spells and stuff like that. I don’t know. I just wanted to finally admit I’m a witch I guess. Okay.

Caller 17: So, for many reasons, the faith that I grew up in, which was Mormonism, and even served a Mormon mission where you go door-to-door. I left years after my mission, after I was married and had kids, over hysterocity of the church and the doctrinal issues that, ultimately, I realized the church was not what they claimed to be. Now, as you may be aware that a certain out held chain called Marriott is owned by a Mormon. J Willard Marriott. And, as such, there was an agreement that the book of Mormon is placed in each Marriott chain, hotel room.

One time after leaving, having been so sick of the religion and the crap that it pushes on everybody and the filthy founder of the religion who had multiple wives from as young as 14, Joseph Smith. There’s a portrait of him inside that Book of Mormon, and I masturbated to pornography, and then I came on Joseph Smith’s face so that he can eat it and it was jut my, “fuck you” to him. So, the pages got sticky, of course, cause I closed it right up and put it back. Kind of a health risk. A health issue. I’m sorry to the next person that found it, but that’s what I did. Thanks.

Caller 18: Hi, I just listened to the Secrets episode and this message is for the man at the end who had nothing but complaints and negativity. Fuck off.