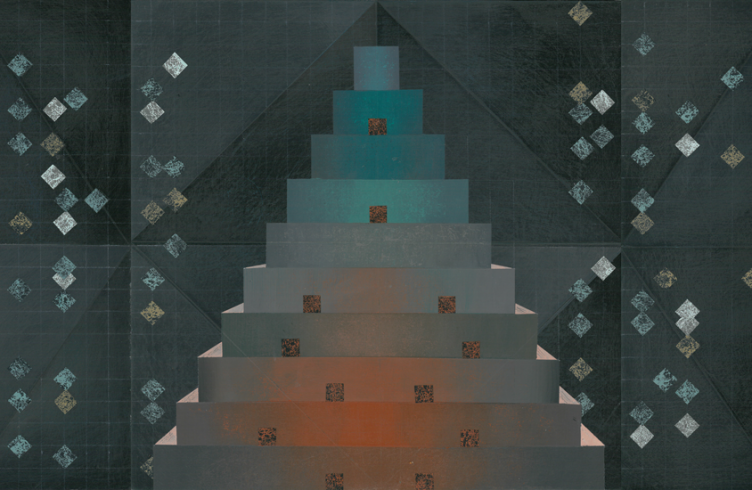 When composer Edward Elgar debuted his orchestral work the Enigma Variations in 1899, he included the following mysterious note in the playbill:

“The Enigma I will not explain – its ‘dark saying’ must be left unguessed, and I warn you that the connexion between the Variations and the Theme is often of the slightest texture; further, through and over the whole set another and larger theme ‘goes’, but is not played …. So the principal Theme never appears, even as in some late dramas (…) the chief character is never on the stage.”

For more than a century, musicologists have tried to figure out Elgar’s ‘dark saying.’ One violin teacher in Plano, Texas thinks he’s cracked the code.

The Enigma Variations is a symphonic work composed by Edward Elgar. It’s a set of variations based on a theme which he called Enigma. Following the Enigma theme of course is a set of fourteen variations, each dedicated to one Elgar’s friends. For example, variation ten, Dorabello, is dedicated to his friend Dora Penny. She had a, a stutter, and Elgar poked fun at that. Da, da, da, dum, kind of a stuttering line. He did it a playful way, he didn’t intend to demean her, he took something that others may have looked down upon and turned it into something beautiful.

This is Elgar describing the Enigma Variations: “The Enigma I will not explain. It’s dark saying must be left unguessed. And I warn you that the connection between the variations and the theme is often of the slightest texture. And further, through and over the whole set, another larger theme goes but is not played.” And that sounds like a riddle, right?

Elgar himself said that the Enigma theme was in fact a counter melody to a very famous theme. Many diverse themes have been composed. Pop Goes the Weasel, Hail Britannia, Auld Lang Syne, Mozart’s Prague Symphony. But none of these melodies actually fit, and so the debate continues. I was hopeful that someone had already figured this out, someone had studied this in great detail and they had written a book on the subject, and all I would have to do is read it and all my questions would be answered. And the more I read, the more I realized none of these musicologists had any idea what the missing source melody was. And that’s when I decided, if I wanna know the answer, I’m going to have to find it for myself.

So this was the recording I would listen to over and over again during my one hour commute each way to and from work. [Singing] Twinkle, twinkle little star. How I wonder what you are. Something like that, I wouldn’t sing the lyrics but I would try and see if I could fit it.

[Elgar was born in 1857 in the shadow of the hills which would have such an influence on his music all his life.]

As I read more about Elgar, I started recognizing an astonishing number of parallels.

[In a lower middle class family.]

He didn’t have a degree in music and neither did I. He was the son of a devout Christian mother who taught him to revere God and the arts, my mom is the same way. He was considered an outsider because of his faith, profession, and class. I think because of my more conservative Christian views, I felt like an outsider. And so, for that reason of course I’ve been suspicious of career academics, and Elgar certainly was. I take step back and I look at all these similar life experiences and I go, seems like my life on many levels prepared me for this.

The Mendelssohn Fragments are short four note snippets from a concert overture by Felix Mendelssohn called Calm Sea and Prosperous Voyage. Elgar quotes these four note fragments. It occurred to me that Elgar quote Mendelssohn quotes the famous theme in one of his own works. That was epiphany that I needed. I asked myself, is there a famous melody that Felix Mendelssohn quotes in one of his works. Well, in the fourth movement of the Reformation Symphony, he quotes A Mighty Fortress Is Our God. Probably the most famous hymns ever composed by the Reformation leader Martin Luther. Being a Roman Catholic, he couldn’t quote it openly. So this is why I think he resorted to quoting it covertly, to maintain his Roman Catholic integrity, but at the same time quietly paying homage to all these great German masters. And I thought, wow, maybe this could be the theme. This epiphany occurred to me on the two-hundredth anniversary of the birth of Felix Mendelssohn. I don’t think it’s a coincidence.

But the way that that works in your solution is you take three different versions of Ein Feste Berg and put it together.

Yes. I think it part the rationale for such a unconventional approach is to obscure the source theme. I, I thought that was truly remarkable.

I simply published a short blog post and included some sheet music that showed the mapping of Ein Feste Berg over the Enigma theme. I believed that after putting together this mapping, which was far from perfect, that somehow all the scholars would just magically line up and acknowledge it as the solution, and I’d be heralded as the, the next great Elgar scholar. Well, the exact opposite happened.

Ah, so he says, “For the present I will confine myself to saying the material I’ve seen from Mr. Padgett some time ago now stopped short, way short of being convincing.” Julian Rushton is one of the most widely recognized experts on Elgar, and of course he’s English, you know with a, a stunning academic pedigree. He writes, “Mr. Padgett is ingenious if nothing else in pursuing his obsession. Obsession is not I think too strong a word.”

[Laugh]. I think you need to be obsessed to tackle this one, so. I agree with him on that. You’re obsessed.

Well, I think you have to be to pursue something this difficult.

It was like right before Thanksgiving. I get home from work, and of course I’m always busy, you know, working, because that’s what I do. And there was a moving vehicle. I’m like, “What’s going on, are we moving?” She’s like, “No, I’m moving.” I’m like, oh no. You could tell she had made up her mind about this some time before, it wasn’t a spur of the moment thing. When I asked her why, she said in part it was due to the fact that I wasn’t paying attention to her and the kids because I was spending so much time researching the Enigma Variations. It snowed a lot that winter. The roads iced over. I didn’t sleep much, I didn’t eat much. I think I lost like twenty pounds. I felt powerless, like there was nothing I could do or say to change this slow motion crash, and I was… [sigh].

After about six months we were able to work things out and reconcile. We’ve been working on our relationship ever since. I’ve tried to be a better listener. And I can be stubborn in certain areas. I can assume that I already know the answer and I really don’t.

You believe there was a flood.

No, I believe the Bible is a historical text and, and archaeological evidence I think proves beyond a shadow of a doubt that it’s extremely accurate. According to the biblical account, the ark was three hundred Egyptian cubits long, which translates into five hundred and fifteen feet. Oh, five one five. That number came up somewhere before, didn’t it? Variation Thirteen. That number I think you can link to the whole idea of salvation. But that fossilized ship in the mount, in the foothills of Ararat is five hundred and fifteen feet long. And what does every culture in the world have? A flood myth! Is that a coincidence?

So I, I don’t buy into some of these dominant secularized worldviews. I’m skeptical for example of the traditional Darwinian approach to our origins. Patently absurd. Patently absurd. Darwin’s main evidence that he marshalled in the origins were the results of selected breeding experiments which involved intelligent oversight. Completely at odds with this concept that it’s somehow random. And and, for example, DNA being essentially a programming language. A language requires someone who speaks it, who conjured it up, who created it, it’s not something that just sort of randomly arises.

Elgar provided a sealed envelope with instructions that it be opened one hundred years after his death. 2034, they will unseal that, and it’s possible it does contain the answers to the Enigma Variations.

Where will you be when they open the envelope? Will you buy your first ticket to England?

I, well, you know, I don’t necessarily have to be there in person to see the results, so. But it would be, I think, exciting to be there when it happens. But then again, there may be those who don’t want the answer to come out. So if they don’t like what they find, they might not want to share it.

Now there are some who believe that what I’m finding is merely the product of confirmation bias. And I must respectfully disagree with that opinion. There are just too many parallels to be ignored. The Enigma theme consists of an ABAC structure. ABAC spells abac, and that’s actually a sailing term which means the sail is blown backwards into the mast. Well, retrograde counterpoint is backwards.

So take the note letters. They spell EE’s Song. Elgar spells in the baseline DE… Feste Burg comes from song 46… Any matching letters are eliminated… The tuning of the tympani in Nimrod versus… The meaning of it is given by its absence… Notice what happens… The language that he used within the cypher are English, Latin, German, and Aramaic, and the first letters of those languages spell Elgar. So it’s a code  within a code. And it’s all pointing in the same direction.

I mean if this was a product of confirmation bias, where I’m just inventing these things out of thin air, then I think it would be amazing to try and get them all to basically encode the same set of answers. It’s deliberate. It’s not the product of coincidence. You know, one or two I could chalk up to coincidence but, when you have scores of them within the score, pun intended, you can’t ignore that.